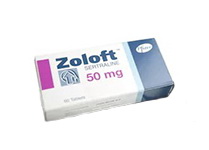 Zoloft is classified as a pharmacological group of synthetic antidepressants for the treatment of depression and other various nervous disorders. It contains sertraline as an active component, which has a pronounced antidepressant effect. The substance does not produce anticholinergic, sedative, or stimulating effects.

Composition and dosage of Zoloft

The drug is produced in the form of oblong white tablets. The dosage of the active ingredient contained in one tablet is 50 mg or 100 mg.

Sertraline belongs to the group of inhibitors of serotonin reuptake in neurons with a low counteraction of reuptake of dopamine and norepinephrine.

Indications for use of Zoloft

Like any effective medicine, Zoloft has some limitations and contraindications; notably, it cannot be used in the following situations:

If joint therapy is conducted with inhibitors monoamine oxidase

During pregnancy and breastfeeding 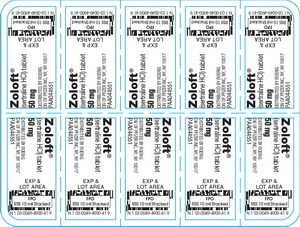 To our knowledge, there are no systematic studies published to date on the use of Zoloft in pregnant women; therefore, in order to preserve the life and full health of the child, it is not recommended to use Zoloft in the treatment of these individuals.

Side effects of sertraline

The digestive system responds to the use of the drug with dyspeptic manifestations, which result in nausea and vomiting as well as flatulence.

Patients may experience an increased heart rate, hypertension of the arterial vessels, and tachycardia.

The muscular and bony system also can be affected, demonstrating the appearance of seizures and arthralgia.

Multiple side effects may be observed with respect to the nervous system of the body and its peripheral nerve branches—for example, drowsiness, migraine, and insomnia.

The patient may have spasms of the bronchi and there may be delays in urination.

Some patients experience a decrease in vision, hear a ringing in the ears, and develop mydriasis and periorbital edema.

The endocrine system may respond with hypothyroidism, hyperprolactinemia, and flushes of blood to the face.

In the circulatory system, there may be an increase in leukocytes, bleeding from the nose, and hematuria.

The patient may experience general weakness and, after discontinuing treatment with Zoloft, symptoms of drug withdrawal may appear.

The drug is prescribed to be taken once a day, either in the morning or evening hours. The action of the tablets does not depend on food. At the beginning of the treatment, the patient usually takes 50 mg per day. For panic therapy, a dose of 25 mg is given, which is adjusted for seven days to 50 mg.

The maximum allowable dose is the daily norm of 200 mg. A decrease of the symptoms of the disease can be observed at one week after the first administration of the drug, but full recovery is generally observed only after one month of taking the tablets.

There is no severe overdose that occurs when taking large dosages of the drug. The few symptoms that did appear disappeared shortly after the drug was withdrawn.