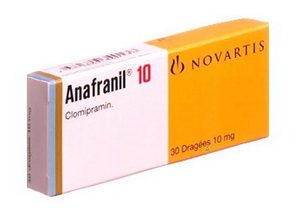 Anafranil is a drug from the group of tricyclic antidepressants. The primary active substance of the drug is clomipramine, which inhibits the reuptake of serotonin and norepinephrine in the synaptic cleft, thereby increasing their concentration. Serotonin is one of the most important mediators in the central nervous system, and its deficiency leads to the development of depressive disorders, psychogenic pain syndrome, and certain other conditions.

Composition and form of release

Anafranil has a wide range of indications for use. In adult patients, it is used in the following cases: 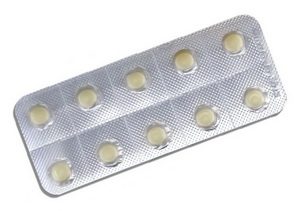 The use of the drug in children is limited and should be done in the case of the following:

Anafranil has the following contraindications to its use:

The drug is not officially contraindicated for use in pregnant women and children, but its intake during pregnancy, breastfeeding, and in children younger than five years of age is not recommended due to the lack of data from drug safety studies conducted involving these categories of patients.

Side effects of clomipramine

According to the instructions for use, clomipramine can cause serious side effects, as follows:

How to take Anafranil

Before beginning to take Anafranil, one needs to check their blood potassium levels and eliminate hypokalemia if it is present.
The daily dose is divided into two or three doses. For example, a daily dose of 75 mg can be taken in three divided doses (i.e., 25 mg three times a day).

Treatment in each case starts with a minimum dosage, with a continuous (once per week) increase by 25 mg to achieve an average therapeutic dose. In the case of a low clinical effect, the dose may be increased to the maximum. When the condition is stabilized, the dosage of the drug should be gradually decreased.