Remeron is an effective drug that is prescribed to treat depressive, anxious, and mixed disorders and which is often used in psychotherapeutic and neurological practice. The drug is a unique antidepressant of a new generation of tetracyclic series, as it affects histamine receptors, which is not typical for medications of this group. It also has a sedative effect.

The product is produced in tablet form. The active component of Remeron is mirtazapine. Depending on the dosage, each tablet contains 45 mg, 30 mg, or 15 mg of the active substance.

The drug eliminates the symptoms of depression, reduces anxiety and aggressiveness, and improves mood. The medication removes irritability, dysphoria, and obsessive thoughts. It also has a pronounced soothing and anxiolytic effect. Remeron is useful in the treatment of anxiety disorders and depressive states of different genesis. An antidepressant effect is observed after one to two weeks of therapy.

Indications and contraindications for mirtazapine 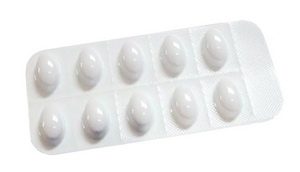 The manufacturer’s instructions indicate that Remeron has the following contraindications: lactase deficiency, pathology of the liver, hypersensitivity to substances, kidney failure, and intolerance to lactase.

Remeron Dosage and route of administration

The medication is prescribed as an initial dose of 15 mg per day. Gradually, the dosage may be increased to 45 mg. It is recommended to take the medicine once a day in the evening.

The duration of treatment lasts from four to six months, until the clinical symptoms begin to disappear. However, if no improvement is observed after two months, the therapy should be stopped. Withdrawal symptoms are possible in the case of a sharp recusal of the medication.

Side effects of mirtazapine

Possible side effects may occur during treatment with mirtazapine, including:

It is important to keep in mind that Remeron increases psychotic symptoms in individuals who have schizophrenia.

Additionally, patients whose profession is associated with the management of complex mechanisms should be careful when taking mirtazapine.

Elderly patients should take the drug with caution and under the supervision of a specialist.

Remeron in combination with alcohol increases the depressive state.